Hillfield Strathallan College was founded in 1901 and has a storied legacy that includes many notable alumni of great influence.
HSC’S HISTORY
Hillfield Strathallan College was founded in 1901 by John H. Collinson as Highfield School for Boys. Since then, our storied history has spanned five locations, two world wars and one prevailing mission to deliver excellence in education.

Read more about the incredible story of HSC in Echoes That Remain, a comprehensive history of the College from 1901-2001, crafted by Headmaster Emeritus Barry Wansbrough. Please click here to access Echoes That Remain.
(1901)
HIGHFIELD SCHOOL FOR BOYS
Aberdeen Avenue

Highfield was built in 1861 by John Brown and purchased by the Turner family in 1874. Senator Turner and his family lived there until 1889 after which Lord and Lady Aberdeen took up residence prior to Lord Aberdeen’s appointment as Governor-General.

At the turn of the century, the property was purchased by a group led by Major John Hendrie for the purpose of establishing a local private school. The original school was founded in 1901 by John H. Collinson. On May 5, 1918, the school was severely damaged by fire and although it was able to continue operations after the fire, the search had begun for a new site.

In the fall of 1920, with the support of the old Highfield constituency and Reverend C.A. Heaven, the new school was opened with an enrolment of 60 boys. Hillcrest was established as a temporary solution to the rebuilding of a new successor for Highfield.

Strathallan School was founded in 1923 by Miss. Janet Virtue and Miss. Eileen Fitzgerald.

In July 1923, the founding patrons (Lady Gibson, Lady Hendrie, Mrs. J.P. Bell, Mrs. C.E. Doolittle, Mrs. William Hendrie, Mrs. S.O. Greening, Mrs. Olmstead and Mrs. Colin Gibson) purchased the house on Robinson Street for $17,000 to establish Strathallan School. Miss. Virtue, an experience Headmistress, attended to the academic and religious side of school life, while Miss. Fitzgerald fueled the creative side and supervised the daily living and learning arrangements. In the mid-1950s, 25 Robinson Street was purchased to augment the facilities.

Through the generosity and patronage of the Gibson family, a generous parcel of land, including the late Col. Robert Ainslie’s house, was acquired. The temporary Hillcrest School had survived through the 1920s, and Hillfield School was built.

In 1959, Hillfield School was renamed to Hillfield College.


In 1962, the two schools moved to their current location—a 50-acre campus on Fennell Avenue West on Hamilton Mountain. In 1999, an addition to the campus created the current Montessori School, the Virtue-Fitzgerald Theatre and new music facilities.

Most recently, in 2014, the College completed construction of the 134,000 sq. ft. Michael G. DeGroote Centre for Excellence. This addition includes the new Michael G. DeGroote Senior School (which opened in 2012) and an Athletic Complex with three large gymnasia, a multi-purpose athletics studio, change rooms, conditioning room and significant bleacher seating. It also features state-of-the-art music and arts rooms, a heated and covered alumni walkway and an alumni lounge.


In 2005, HSC acquired our own official coat of arms that brings together elements of our storied history.

The scrolls feature latin mottos derived from our founding schools—“Excelsior” (Ever Higher) from Strathallan, and “Velle est Posse” (Where There’s a Will, There’s a Way) from Hillfield. The colour green and the boar represent Hillfield School while the colour purple and prairie crocus represent Strathallan School. The upside down “V” is a chevron to symbolize the Hamilton mountain as well as our College mission to strive for excellence. The laurel wreath is an ancient symbol of excellence and achievement with the helmet and mantling also harkening to traditional coat of arms elements. For more information, please visit The Canadian Heraldic Authority and The Royal Heraldry Society of Canada.
Get in Touch
Please reach out to us if you would like to talk about anything at HSC. We look forward to hearing from you!
Please enter all required information.
Invalid text has been entered. Please correct all errors and click submit
Continue Exploring 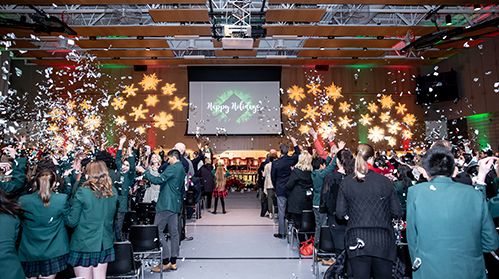 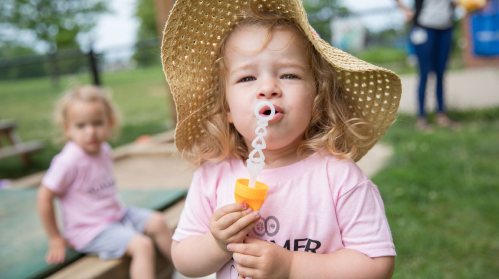 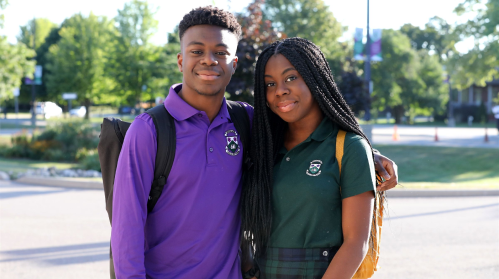